Watch the Magic Unfold: How to Care for Rose of Jericho

Home/Houseplants for Beginners/Watch the Magic Unfold: How to Care for Rose of Jericho
Previous Next

Watch the Magic Unfold: How to Care for Rose of Jericho

Few houseplants inspire as much legend as the Rose of Jericho, also known as the dinosaur plant or resurrection plant.

The Rose of Jericho gets the name of resurrection plant from its amazing ability to “come back to life” after completely drying out.

And while drying out may sound like a recipe for disaster, it is actually the secret to this plant’s success. Rose of Jericho is a type of moss native to desert regions where water is scarce, so this plant can completely dry out, curl up over itself, and blow around like a tumbleweed until it finds water. When it finds a water source, it unfurls to reveal gorgeous green fern-like fronds. Once it exhausts its water supply, it dries out again and blows on to the next watering hole.

History of Rose of Jericho

It’s important to note that there are actually two plants that we call Rose of Jericho.

First, there’s Anastatica heirochuntica, or a true Rose of Jericho. This plant is native to the deserts of northeast Africa and the Middle East (you know, Jericho).

The second plant is Selaginella lepidophylla, or the false Rose of Jericho. This plant is actually native to Mexico and the southwest U.S., but it functions in exactly the same way. It’s also cheaper, a lot easier to find, and is considered to be much prettier than the true Rose of Jericho, so this is the plant that most people choose.

Because of its incredible ability to seemingly resurrect itself, Rose of Jericho plays a role in several world religions. Hoodoo practitioners often use Rose of Jericho in prosperity spells. Santeria associates the plant with the spirit of thunder and lightning and uses it as a spiritual offering. Catholic families often bring out their Rose of Jericho to bloom around Christmas and Easter because it symbolizes the resurrection of Christ.

(On a related note, you can actually store this plant in its dried, curled-up state and bring it out when you want it to bloom. How cool is that? Just pop it in a paper bag and place it in a safe closet or cupboard where it won’t get squished.)

Ready to try your own Rose of Jericho?

The good news is, it’s hard to truly kill a Rose of Jericho. You can let it dry out completely and it will be good as new when you put it in water again. If you’ve ever had issues with mindful plant watering, then this is the plant for you!

The only thing you don’t want to do is leave it in water for too long, as this can cause it to rot.

The trick is to let a Rose of Jericho rest in between waterings instead of leaving it in water indefinitely. This allows it to dry out and refresh between periods in water, which will keep the plant alive longer. These plants are actually very long-lived and have even been passed down generations in families!

When you purchase your Rose of Jericho, it will look like a brown, dried-up ball of moss, which is basically what it is.

It does have roots, but they don’t actually need to attach, so you don’t need soil (it’s more like hydroponics).

To “plant,” fill a small pot or bowl without drainage holes (first time you’ve heard that, right?) with pebbles or gravel, and fill with water until the pebbles are just barely submerged. Perch your Rose of Jericho on top so that the roots touch the water. Place in indirect light (like on a countertop in a sunny kitchen) and watch the magic happen!

Tip: Use distilled water or let tap water sit out overnight for the chlorine and any other chemicals evaporate before adding to your plant.

Change the water every day or so and give it a water-free rest day each week. Every couple of weeks, let the plant dry out completely.

If you’d like, you can put false Rose of Jericho in soil after it’s been in water for a while and starts to form roots. Keep the soil fairly moist. However, these can get pretty big when planted in soil, so you may or may not want to do this.

Don’t let the plant get too hot or too cold. Most room temperatures are fine, but watch for drafts and vents. Although a Rose of Jericho is native to desert environments, it can still be sensitive to extreme fluctuations in temperature.

A Rose of Jericho will thrive in good light, but if it curls up in low light (or if you put it away in a closet for safekeeping over the winter) you can always revive it!

Rose of Jericho doesn’t really need pruning, but you can use clean scissors to remove dead tips that don’t revive when the plant is fully hydrated. This will help keep it nice and pretty!

How Long Does it Take for a Rose of Jericho to Open?

If placed in lukewarm water, your Rose of Jericho should open in about 4 hours, though it might not open to its full capacity for a few days.

Is Rose of Jericho Toxic?

It’s hard to find a definitive answer since this plant is relatively new on the houseplant scene. However, as a member of the spikemoss family, Selaginella lepidophylla (false Rose of Jericho, the more common one you’re most likely to find) may be toxic to cats, so it’s best to play it safe and keep your Rose of Jericho out of reach of your furry friends, or choose a different plant altogether.

Give it a try!

Providing spontaneous beauty with a rich history, Rose of Jericho is an eye-catching centerpiece and a great conversation-starter. If you want a magical experience with a hard-to-kill plant, give Rose of Jericho a try!

Also, don’t forget to join us for our Top Secrets from Fiddle Leaf Fig Growers Webinar! 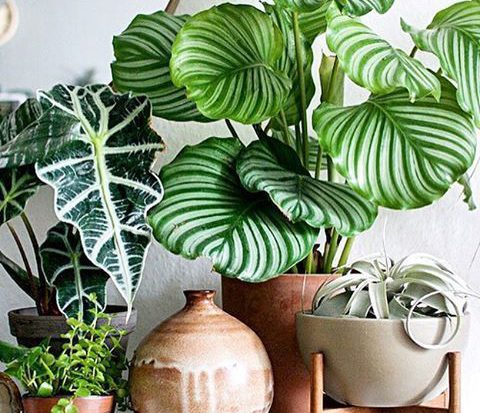 ARE YOU STARVING YOUR PLANTS?

About the Author: claire